Information available in English only. 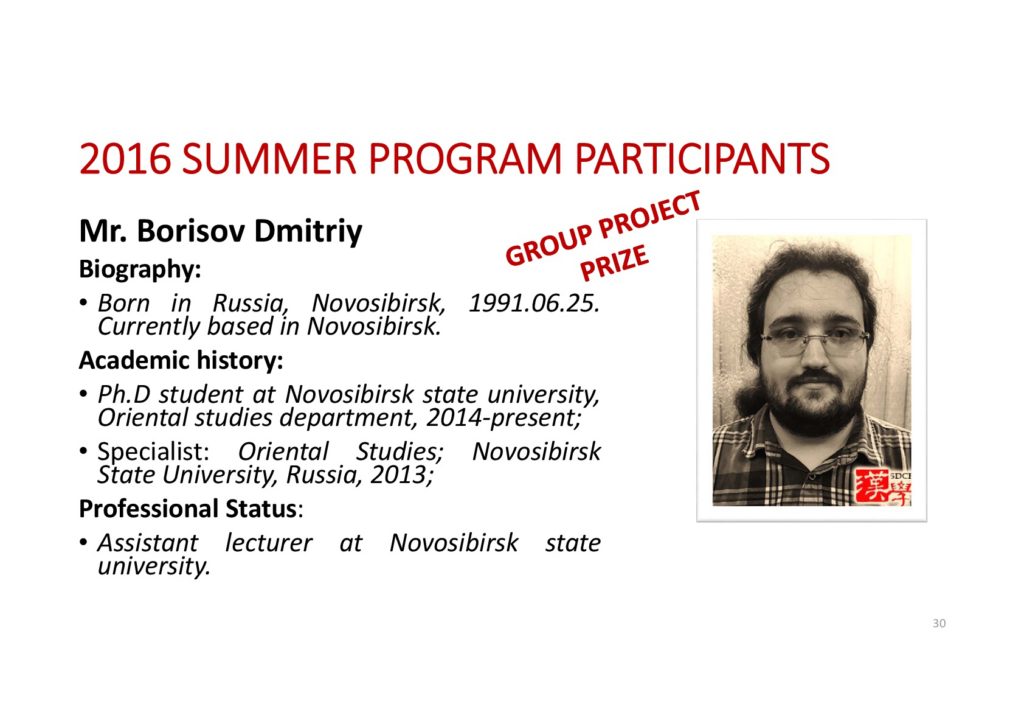 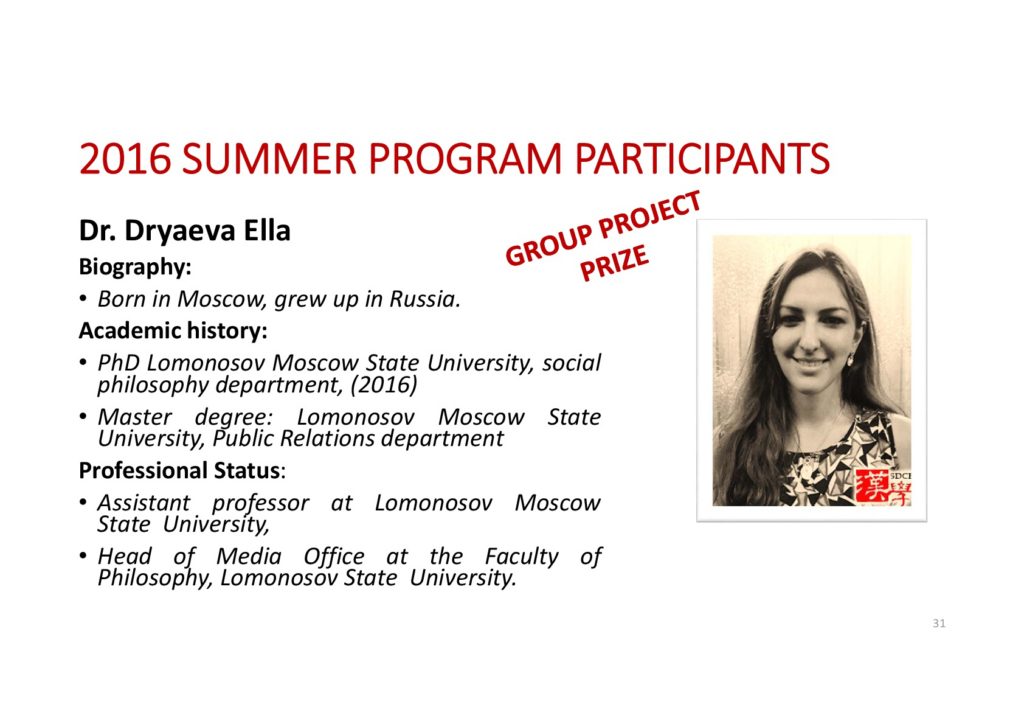 Born in Nizhny Novgorod, Russia, Kocherov is a specialist in translation and interpreting; he is currently a doctoral researcher in the Department of Philosophical Problems of Politics (2015 – present) in Institute of philosophy, Russia Academy of Science. Mr. Oleg is a senior lecturer assistant in the Philosophy Department of Russian State Academic University. 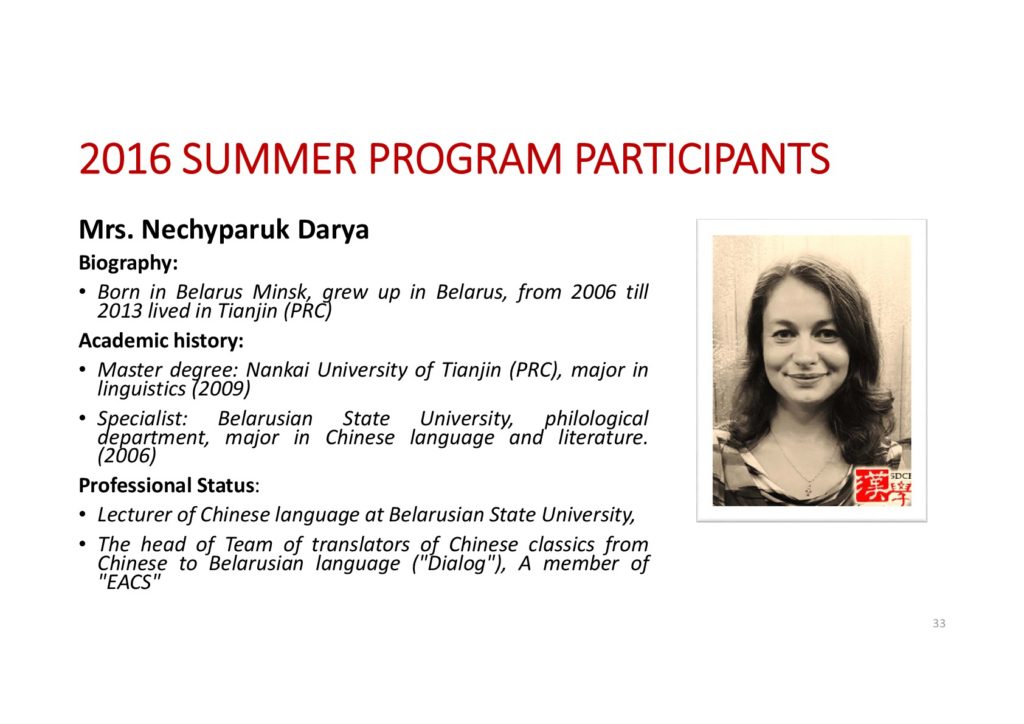 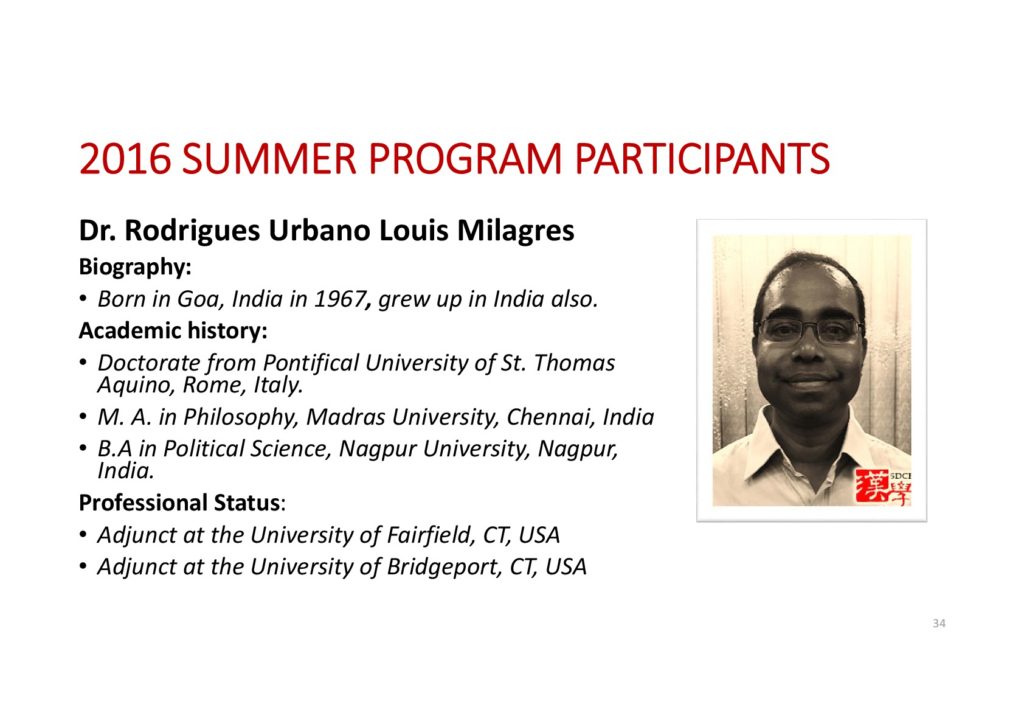 Research Interests: Asian philosophy with emphasis on Buddhism and theories of the mind. 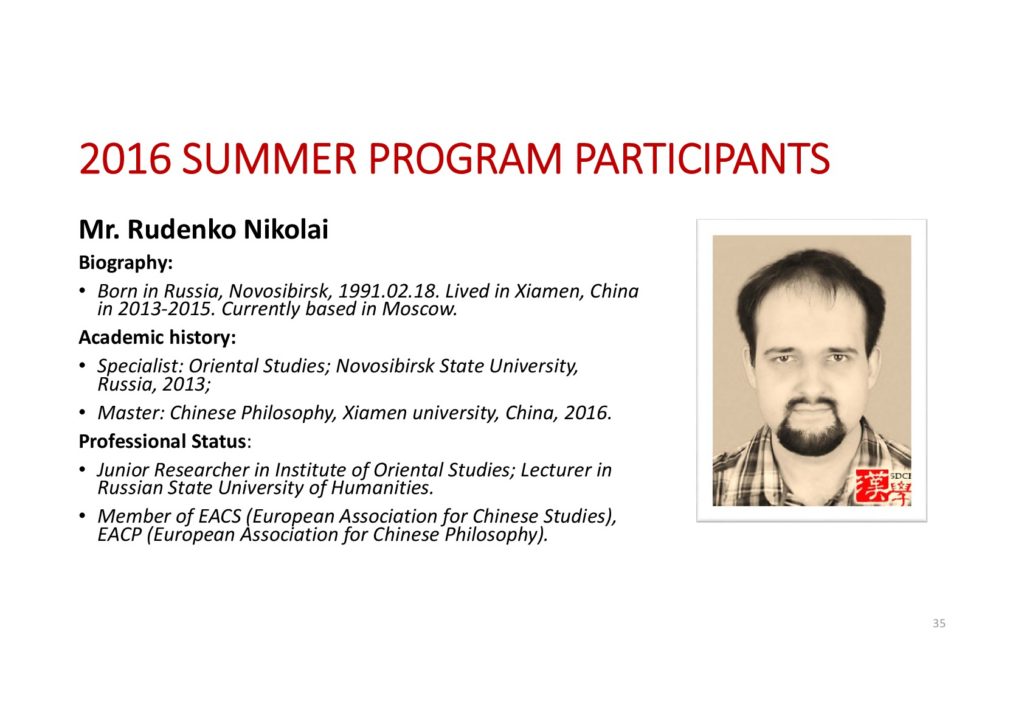 Born in Novosibirsk, Russia, Mr. Nikolai received a master’s degree in Chinese Philosophy from Xiamen University, China (2013-2015). He is currently a doctoral student, and junior researcher in the China Department, Institute of Oriental Studies, Russian Academy of Science, based in Moscow. Nikolai lectures at Russian State University of Humanities and also serves as a member of EACS (European Association for Chinese Studies) and EACP (European Association for Chinese Philosophy). 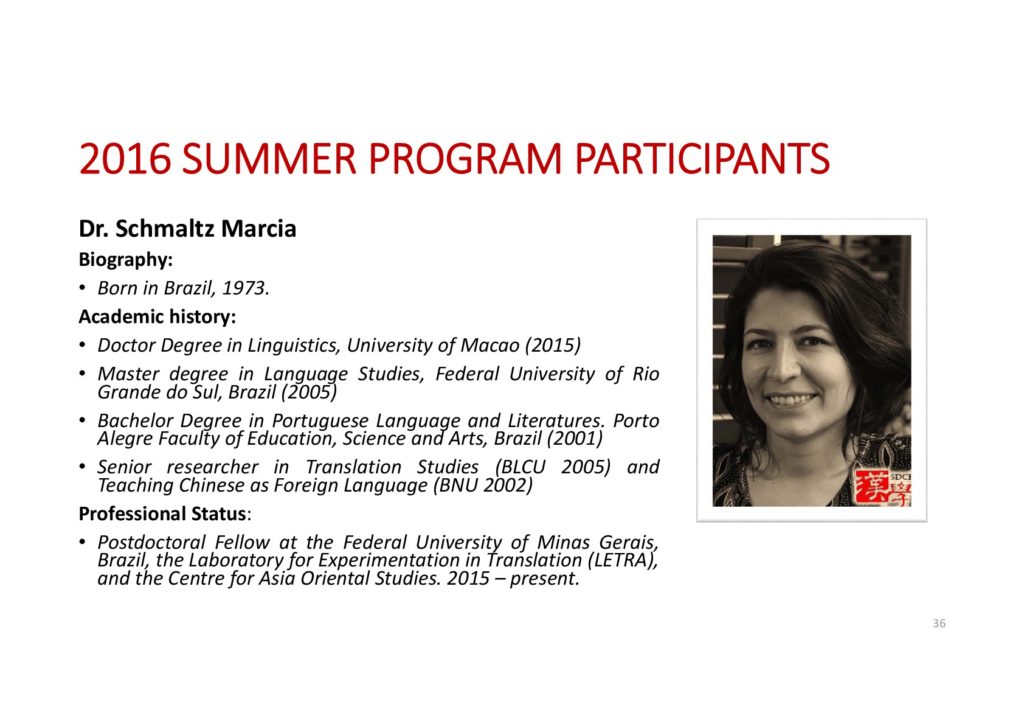 Born in Brazil, Dr. Schmaltz has been awarded her Ph.D in Linguistics from University of Macao (2015); she has been a senior researcher in Translation Studies (BLCU 2005) and teaching Chinese as a Foreign Language (BNU 2001). Marcia is currently a Postdoctoral Fellow at the Laboratory for Experimentation in Translation (LETRA) in the Federal University of Minas Gerais, Brazil, and in the Centre for Asia Oriental Studies (2015 – present). 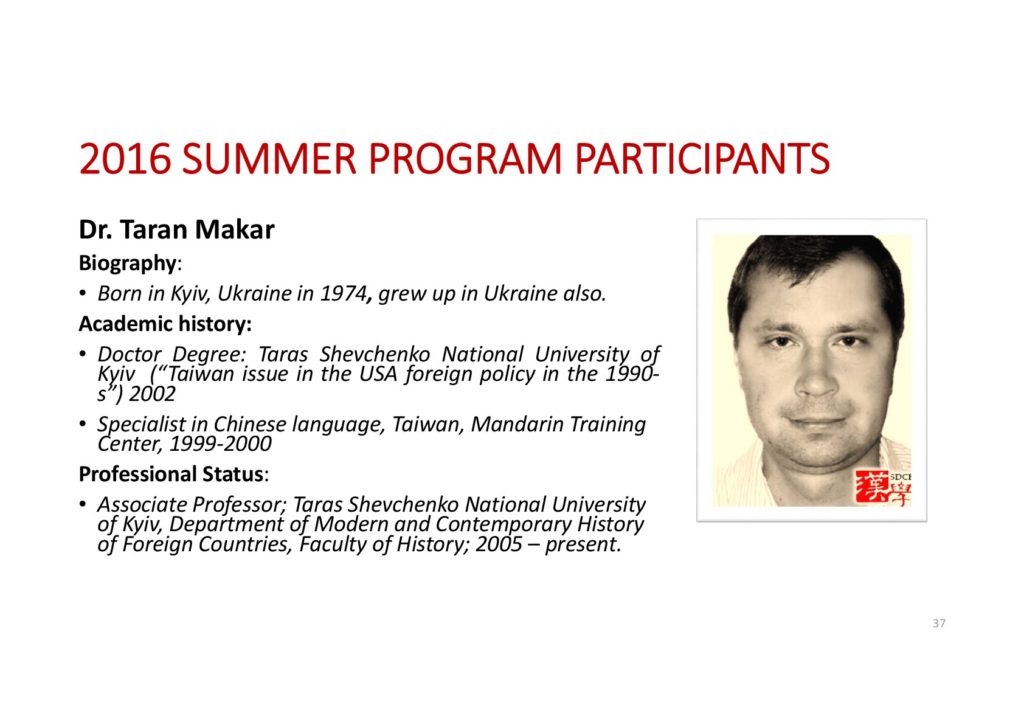 Born in Kyiv, Ukraine, Dr. Makar has received his Doctoral degree from Taras Shevchenko National University of Kyiv (2015, Taiwanese Issue in the USA Foreign Policy in the 1990s). He is a specialist in Chinese language, Taiwan, and Mandarin training. Currently, Dr. Makar serves as an Associate Professor in the Department of Modern and Contemporary History of Foreign countries, Faculty of History, Taras Shevchenko National University of Kyiv (2005 – present).

Research Interests: The US-China relations, the PRC in the period of “Reforms and Opening up”, Mainland-Taiwan socio-cultural ties. 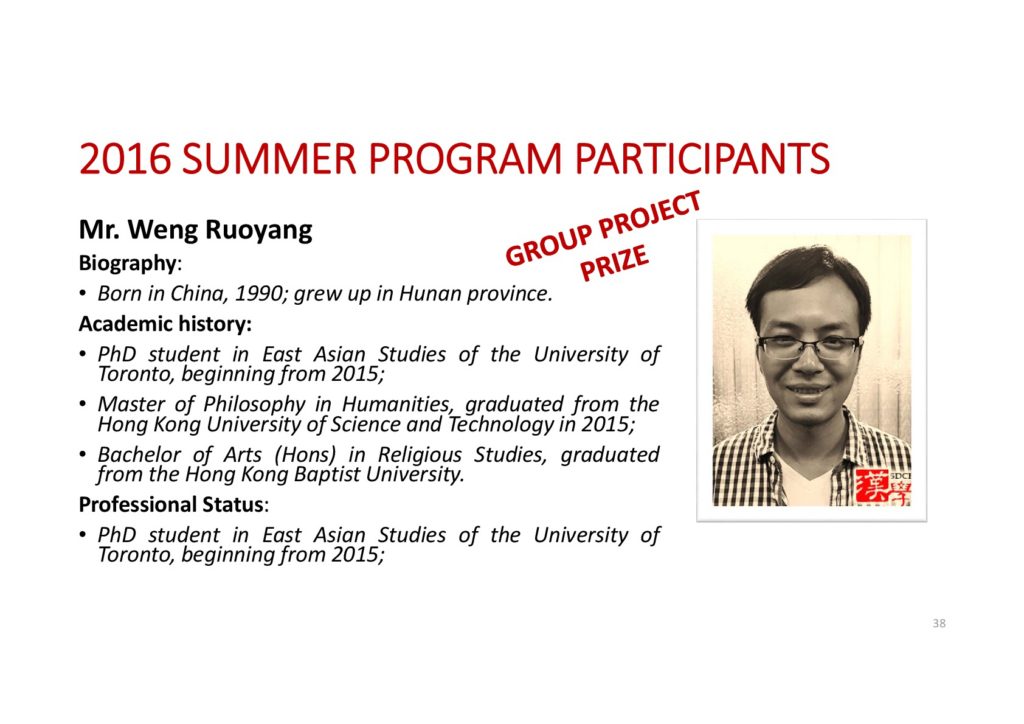 Born in Hunan, China, Ruoyang is a doctoral researcher in East Asian Studies at the University of Toronto (2015 – present). He has previously received his master’s in Humanities from Hong Kong University of Science and Technology. 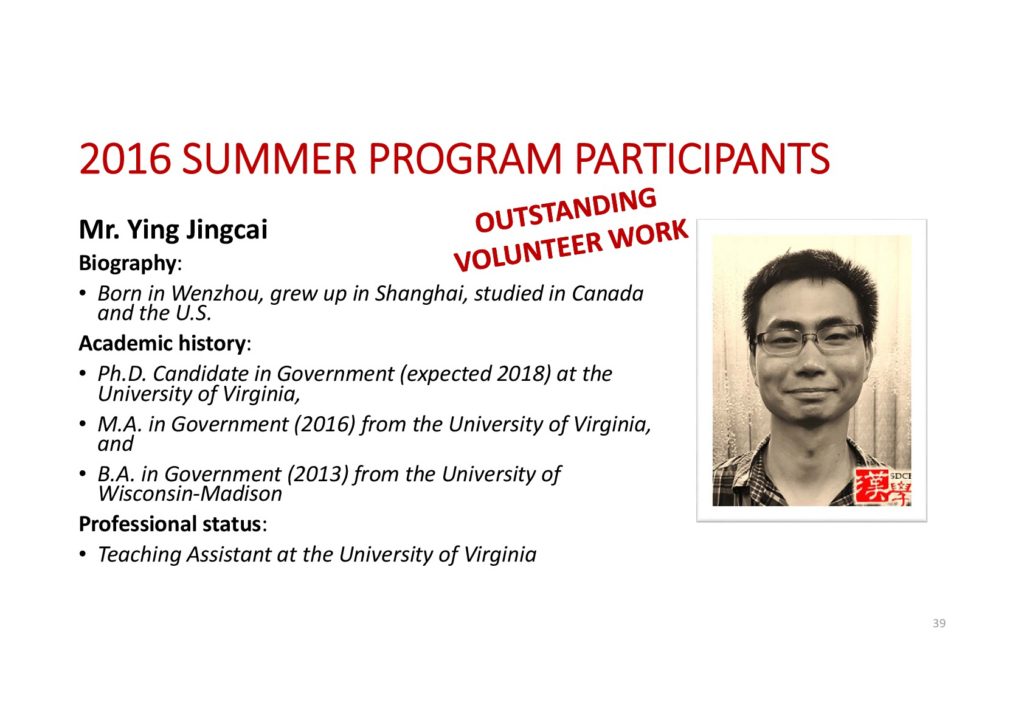 Born in Wenzhou and raised in Shanghai, China, Jingcai has been educated in Canada and the US. He is currently a doctoral researcher in the Department of Politics, University of Virginia (USA). Mr. Ying’s dissertation focuses on Confucian democratic theory, exploring value diversity and the possibility of intercultural dialogues in Zhu Xi’s ontology and his theory of self-cultivation.